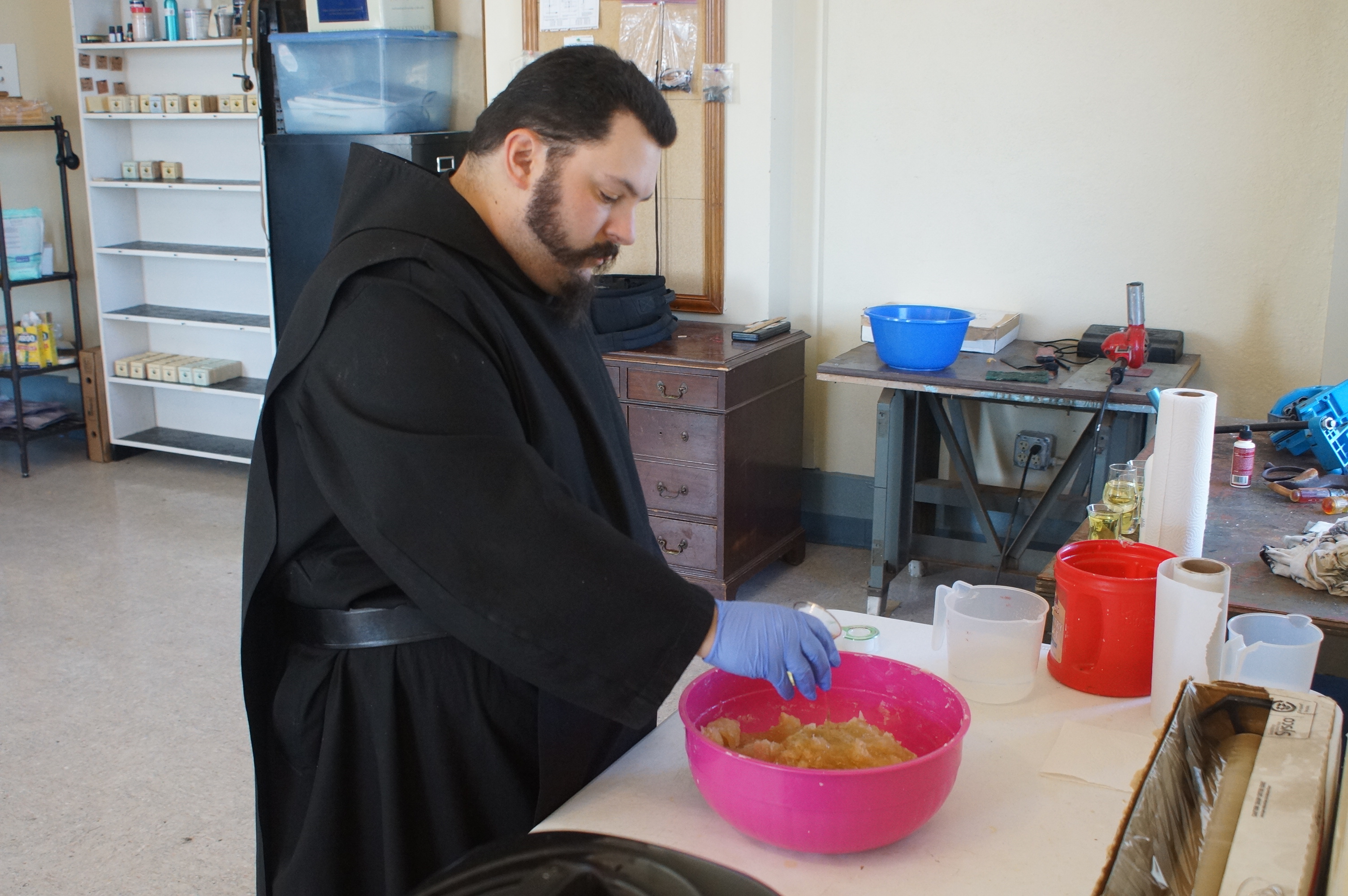 Made with love by Br. André Bedore, OSB, who grew up in the State of New York but was led by God to become a monk here in Arkansas.

"I grew up in the small town of Tupper Lake in the beautiful Adirondack Mountains of northern New York State. Before coming to Subiaco Abbey as a candidate in February of 2018, I worked as a reservations agent for a small regional airline.

We had one monk making soap when I first joined the monastery, and it wasn’t long before I was asked to assist him. Though I did not have a background in arts and crafts, I caught on quickly and soon realized that I enjoyed this craft. Furthermore, I enjoy making a product that is both functional and that people like. Watching the soap go through the various stages such as the “pudding phase” or the “vaseline phase” is still fascinating to me. Soap making is a great way for me to use my creativity. I will continue to creating new products that I hope people might enjoy.

Here is a brief description of how I make the soap: First, I melt the oils. Then I add the water and lye mixture to the oils. I then use a stick blender to blend the mixture. The soap is cooked in a roaster oven for about an hour. Fragrance is then added and the soap is poured into molds. A couple of days later, the soap is ready to be cut and a week after that, I wrap it. Our Coury House Gift Shop has been selling our soap for several years. When the Country Monks Taproom opened up, soap became available for sale there. Now I am delighted to be able to offer you some of the most popular soap scents through our online store."

Due to rising shipping costs, a minimum of 2 is required for each order.